Can a small domestic market be an advantage for startups? 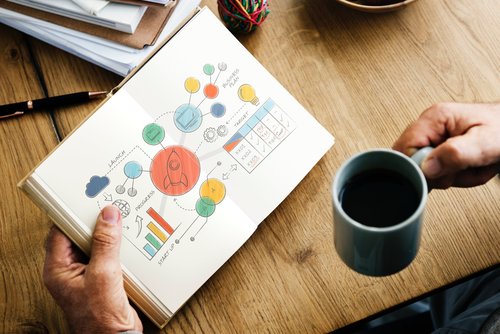 Innovation has received increased government funding in Iceland over the last few years. A societal consensus on the importance of innovation for the Icelandic economy has been established. This increased funding has resulted in an increase in grants to promising startups, which are critical for their development.

It is apparent that sustainability is needed in the long term when it comes to government funding of innovation and therefore it is vital that the value created by innovation finds its way back to the government in the form of taxation.

The Icelandic economy is small on a global scale and therefore it is common for Icelandic startups to look to the domestic market only as a testing ground for international expansion. As investments in startups generally carry more risk than investing in established companies, the need for fast growth is generally greater to offset this added risk. For this accelerated growth, many Icelandic entrepreneurs look for foreign markets to sell their goods and services.

A large proportion of Icelandic startups also manufacture their products abroad. This is generally due to lower production costs and salaries and proximity to key markets. It has to be considered unreasonable to expect strong startups to go through their entire growth stage exclusively here in Iceland and for the entire value chain to also be located in Iceland.

It is believed that a key factor in the success of Nordic startups is how small their domestic markets are. This may sound odd that the small size of the domestic market are considered a positive not a negative, but the truth is that this fact pushes Nordic entrepreneurs to think globally much earlier or even from the start. This global outlook causes the domestic market to become a “testing ground” instead of the view that the domestic market is key and if all goes well then a global strategy is maybe considered. A global outlook affects the company’s plans, the design of its products, the selection of employees, and much more providing Nordic startups with an advantage when to comes to globalization.

It can be argued that Nordic entrepreneurs are “forced” to think big and grow quickly, a mindset that creates results.

Rapid growth demand not only brave entrepreneurs but also access to funding. These accelerated results of Nordic startups have sparked the interest of foreign investors, mainly American and West-European. Key Nordic high-jumpers like Spotify and Supercell were in large part funded by investors not from Nordic countries.

Investments in high growth companies create substantial returns for investors if things go well, so it is important that Icelandic investors and investment funds develop a culture for participating in the funding of the country’s strongest startups and instead of the current culture of large investment rounds in startups being generally led by foreign investors.

Through the ownership of the strongest startups being in the hands of Icelandic investors and investment funds, it can be ensured that the value creation is returned to the Icelandic government in part benefitting society at large via continued economic growth, diversity in the labor market and creating sustainability when it comes to government grants to innovation.